Celebrating sixty years of achievement by one of Bunbury’s leading commercial enterprises. From humble beginnings, BDC Drilling has grown into a flagship organisation, with a legacy of involvement in many of the region’s important developments.

Whether helping to establish consistent water supplies for the city’s residents, partnering the growth of the mineral sands and coal mining industries or supporting the activities of multinational resource corporations in the Pilbara, the continuing success of the company is testament to the vision and effort of the successive generations of the Linaker family and those that have worked alongside them.

How It All Began

Our first drilling rig, simple in its operation, but an important piece of history – the genesis of BDC Drilling as it is today.

Built by company founder Len Linaker in simpler times, the rig was assembled from readily available scrap metal in the back yard of his property at Blair Street, Bunbury.

A cable drill, it was powered by a 3 hp Ronaldson-Tippett hopper cooled petrol-kero engine. At the time, Ronaldson Brothers & Tippet, from Ballarat, was the largest engine manufacturer in Australia, and this engine was a popular unit throughout the agricultural sector.

The rig was used initially for drilling domestic reticulation bores, as well as providing water for dairy cattle around the Bunbury area.

This home-made piece of equipment supported the development of the company for a number of years, until more sophisticated and powerful units became available. 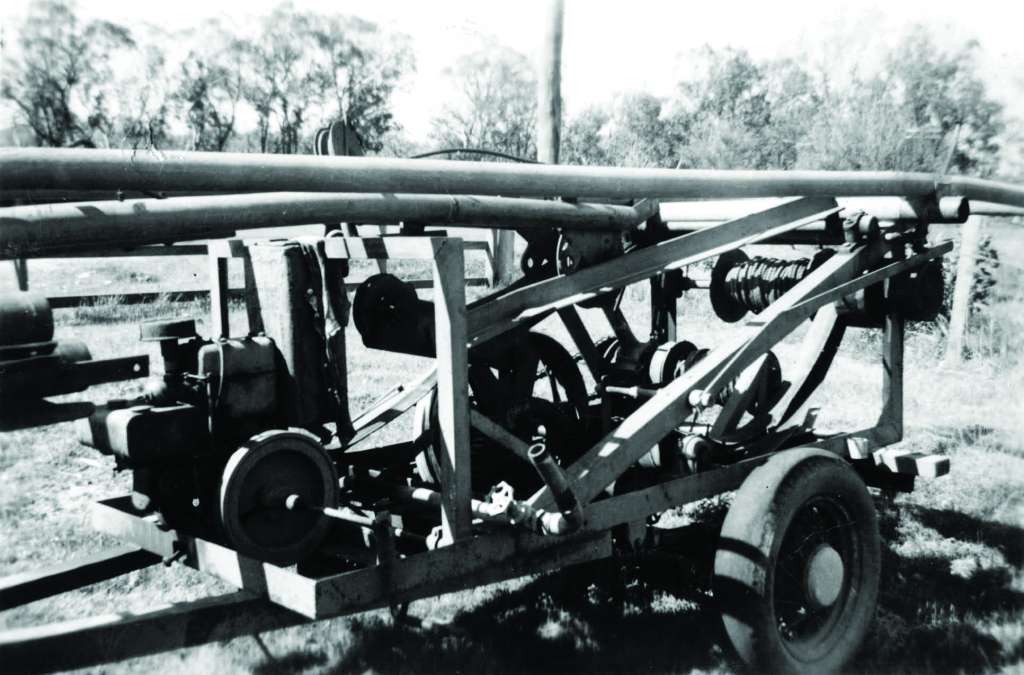 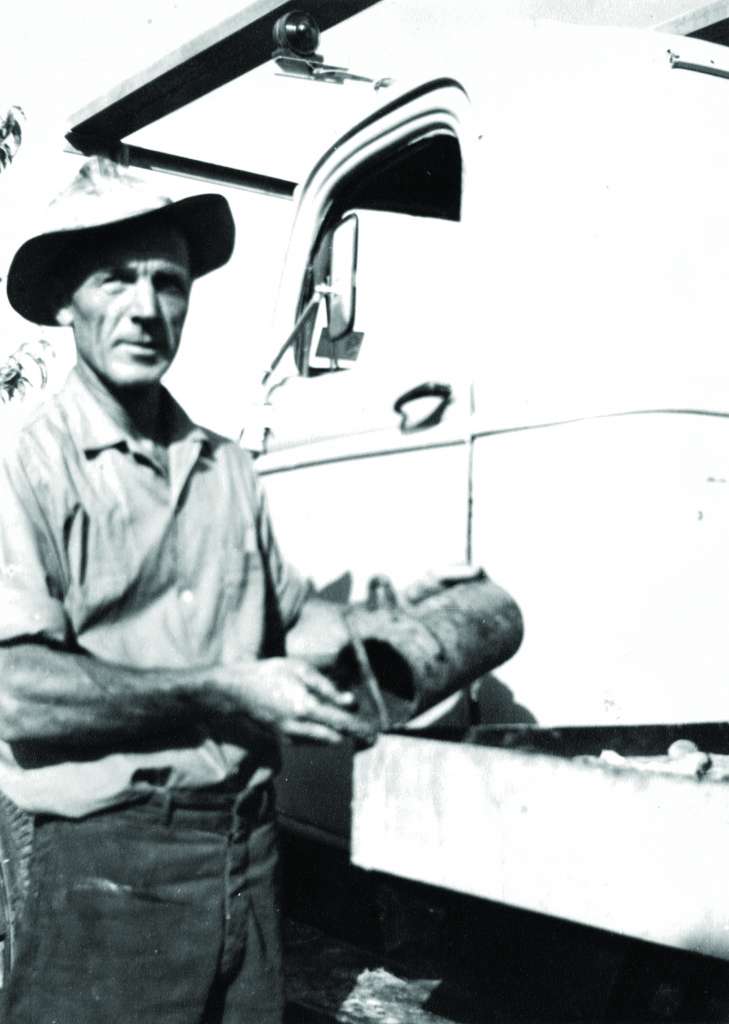 When Len Linaker retired from the company in 1983, he left behind a business with a fine record of thirty years’ service to the Bunbury community and beyond. We can imagine that he was proud of the legacy, and confident of leaving the business in the safe hands of his son, Brian, who had worked at his side since leaving school.

Len had started the company that became BDC Drilling back in the mid-fifties, but prior to that he’d seen wartime service in New Guinea, where he’d worked as coxswain on barges keeping the Australian infantry supplied on their jungle campaigns against the Japanese. It was here that he learned how to get the best out of the big Ford V8 petrol engines that powered those coastal barges, a skill which stood him in good stead when he joined Bunbury icon, Dorsett Motors, as an apprentice mechanic after the war.

His apprenticeship led to a varied career, including a spell at the Railway Road service station where he worked first on buses, then driving tankers for CSR before moving on to the Bunbury Wharf. It was whilst contracting to Sunny West Dairies, working on installing and maintaining milking equipment, that he found himself naturally involved in the development of pumping systems, and hence bores – an area in which he quickly established his expertise and reputation.

The rest, as they say, is history.

Brian’s the first to admit that school wasn’t really his thing. At weekends he’d be out there with his dad, learning the ropes on their first drilling rig, helping out and getting his hands dirty. Early on, he’d learned that that’s where he was in his element, working with machines. By the time he was fourteen, he’d handed in the books and joined his father full-time as a driller.

It was the start of a career that spanned over forty years – twenty of them working together with his father as they drilled bores throughout the Bunbury area, first to provide water for dairy farms, then later for the Bunbury Water Board, to provide scheme water for the town of Bunbury. At sixteen, Brian was operating his own rig independently as the business continued to grow.
These were exciting times – Bunbury was expanding rapidly, and with it the need for water. To drill deeper, larger bores Brian and his father designed a number of new rigs. These were built locally, usually in the backyard, with parts salvaged from wreckers’ yards.

The enterprises became more extensive, more diverse, more widespread. Mineral sands operations from the Scott River to the Mid-West, the Collie coal mines, the Carnarvon Basin and the Wagerup Refinery. Now running the company on his own, Brian’s commitment to a culture of service excellence helped to establish a client portfolio that was to generate sustained growth for the business well into the twenty-first century. By the time he’d retired in 2008, the company had taken giant steps towards being the industry leader that we see today. 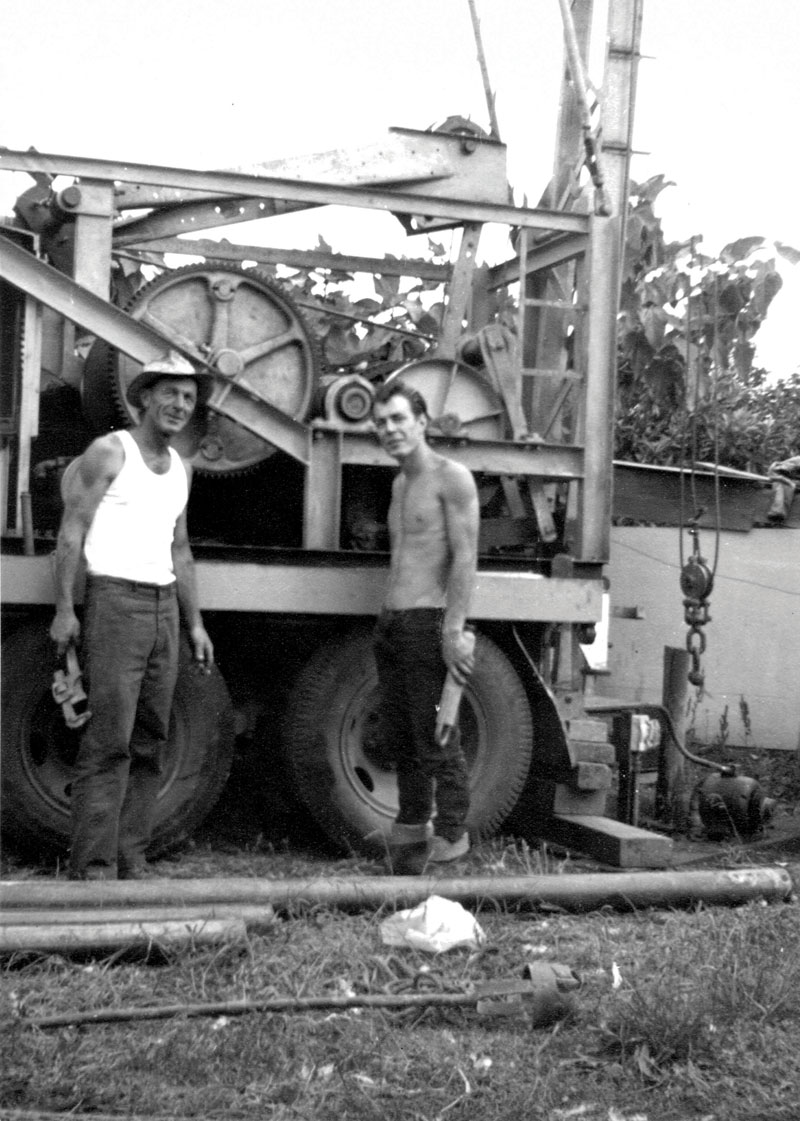 With a combined 150 years’ experience within our management team, our people not only have the knowledge, but the experience to back it up.

BDC Managers and Supervisors are focused on delivering drilling operations with the highest regard for safety.

For the most advanced, fully equipped drilling packages in the industry. Contact BDC today

Safety is our top priority

Our Rigs have the capability of drilling to a depth of 1000 meters + with drill hole diameter options from 5” up to 30”.
read more

We pride ourselves on offering the most advanced fully equipped drilling packages in the industry.
read more

Bunbury Drilling Company is a family owned and run company that understands the value of our people. We don’t just offer a job; we offer careers in the drilling industry.
apply now 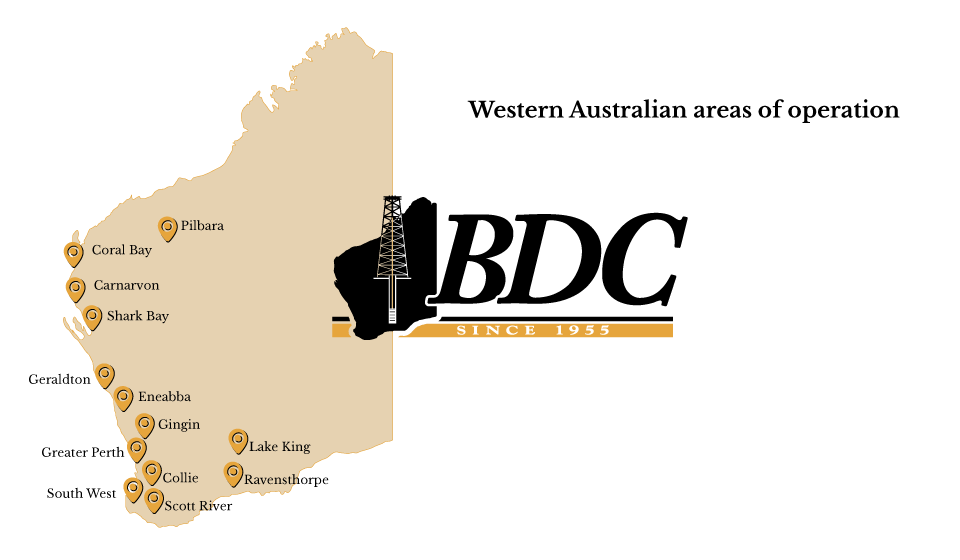